For a short while (and I have no idea how long), you can grab a free copy of the first book in the bestselling crime series featuring detectives Paterson & Clocks. It’s currently at #1 in the UK and #2 in the US in the free books category on Amazon.

If you want to know what all the fuss is about and you like your crime stories gritty and near the mark, this is the series for you.

Get your free copy from the links below.

Things have been pretty busy around here of late and I’ve not had the chance to write anything for the blog but… now I have!

I’ve also been drafting up my fifth book and when I get my head down, I tend to miss what’s going on in the world. I keeping hearing something about a ‘Brexit’. What’s that, then?

Book #4 has FINALLY been released and is now available to purchase here.

The delay in its release came about through a few things: self-editing, editor-editing, me editing the edits that needed editing, cover design and a whole lot more stuff that goes into getting  a book published. Who knew??

Still, it’s here and can be yours if you desire it. It can be read as a stand-alone but it also follows on from the Burning Men so without trying to get you to part with even more cash, it might be helpful if you bought that one too. Just trying to enhance your story experience.

Anyhoo… here it is in all its blue glory. 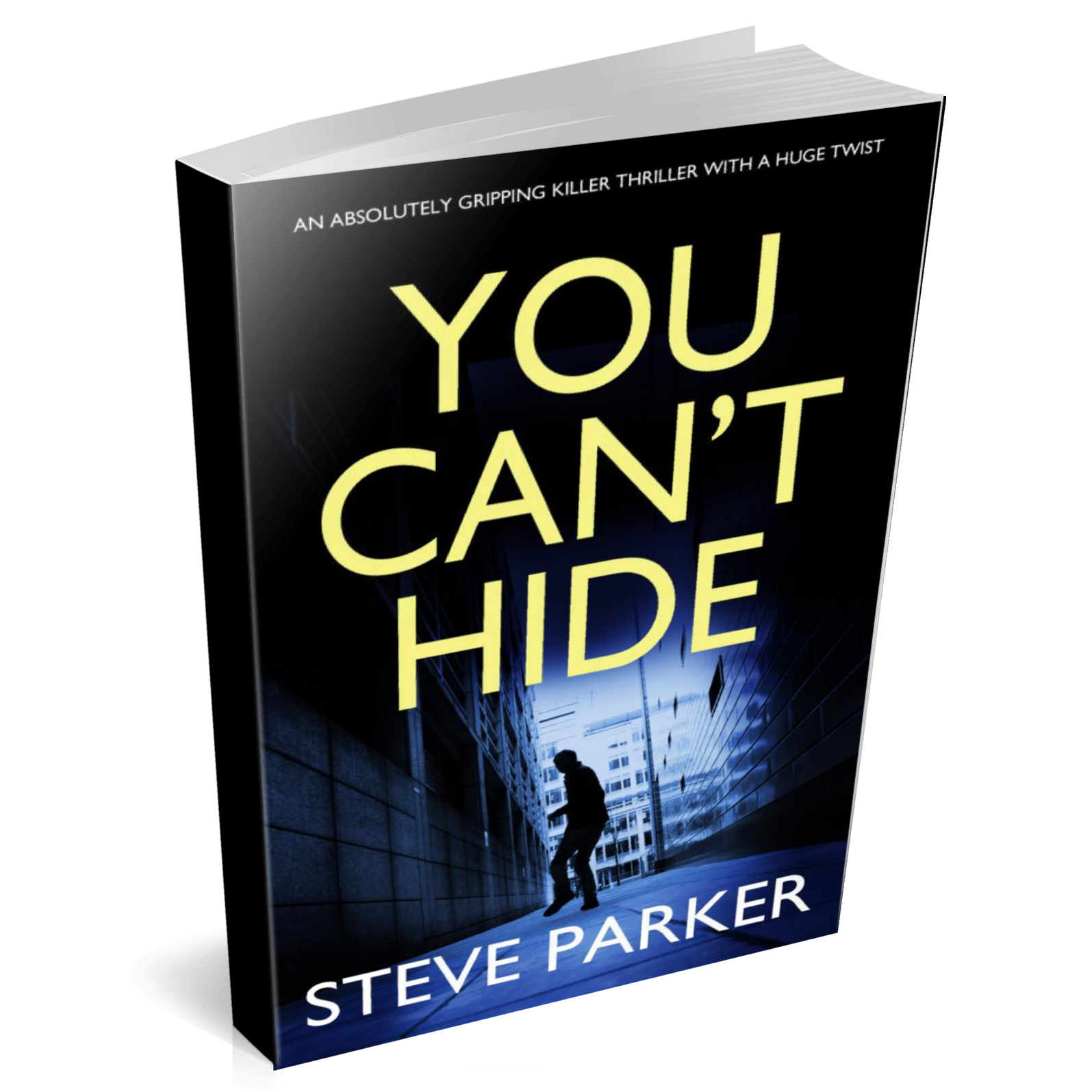 Right, this isn’t good. I’ve just looked at my posts and realised I haven’t posted anything for six months. SIX MONTHS. I swear I don’t know what happened there. The only thing I can offer as some form of apology is that I was tucked up editing Book #4 and have been drafting Book #5. Between them, they’ve taken up most of my free time. But SIX Months! Jesus! Life goes by so damn quickly. Even more so as you get older.

But, the good news is Book # 4 in the bestselling Paterson & Clocks series is out soon, so, I’m very pleased about that. It’s called ‘YOU CAN’T HIDE’  and is due for release on the 2nd of July for the princely sum of 99p. Bargain (Six months of blood, sweat and tears in that and I’ve had to live with Johnny Clocks in my head too.)

But seriously, 99p. What does that buy you these days? A cup of tea? No. Bloody £1.60 is the cheapest where I live. A tea bag, a drop of hot water and a splash of milk. Madness.

A frickin’ Mars bar costs 85p and that’s gone in a minute or two. So, a book for less than one English poooond isn’t bad money, eh? Cheap entertainment there.

Anyway, enough banging on. Here’s the cover so you know what to look for on Amazon if you want to spend your slightly-less-than- one-pound. 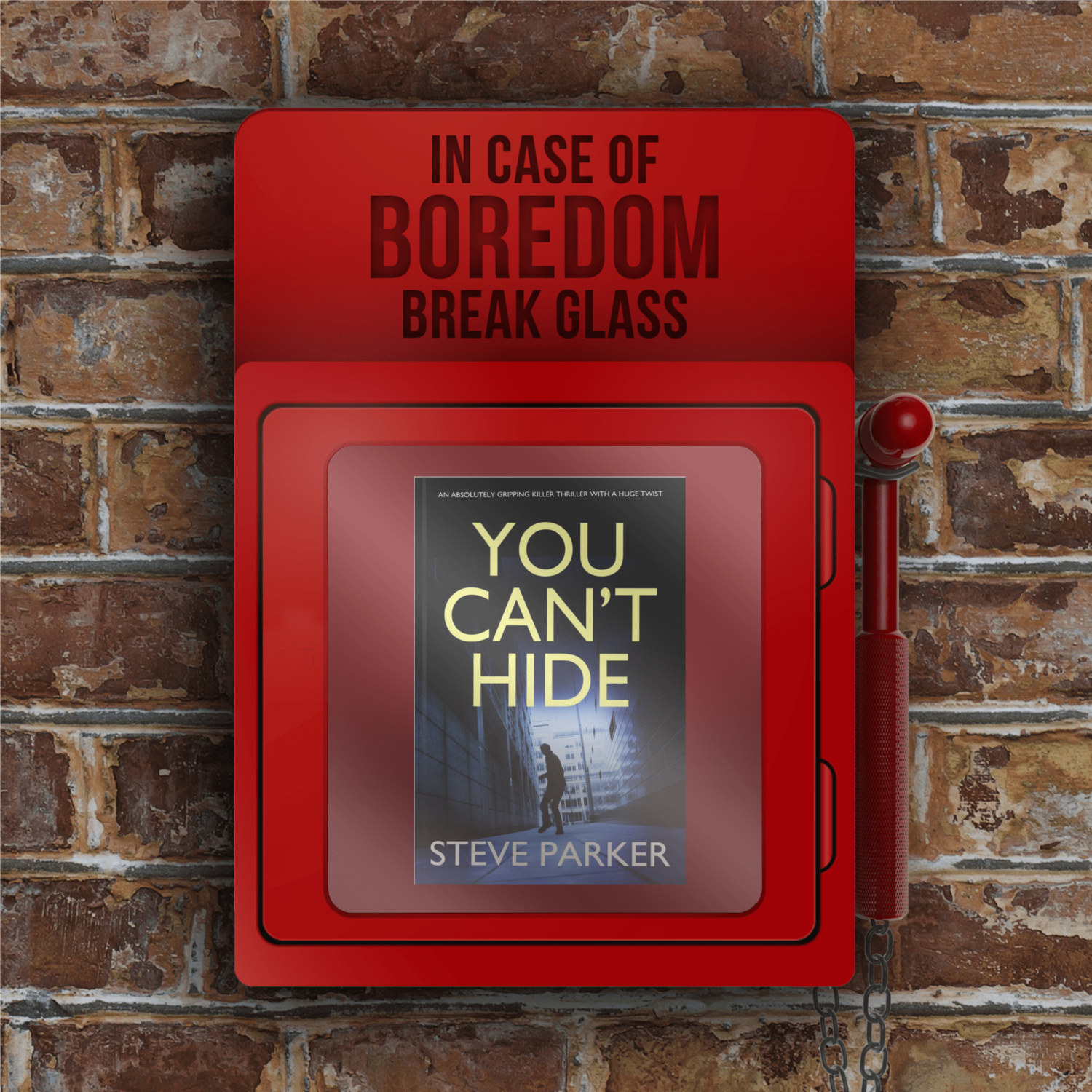 Sorry I haven’t been here for a while but I’ve been topping and tailing Book #4 and working up a story for #5.

In my book ‘The Lost Children’ I highlighted the subject of African Witchcraft and how it’s taken hold in this country. I hoped the story would highlight the barbaric practices of hideous child abuse carried out by people who believe they are driving out demons and I linked to a couple of videos which you can find here. It seems however that witchcraft is not the only barbaric practice carried out on children.

Please have a look at these articles here, here and here when you have the time and if you can, spread those articles far and wide because this has to stop. This is child abuse of the highest order and it must be stamped out whether its practitioners believe it to be culturally appropriate or not and the authorities in this country need to stop hiding behind their pansy-arsed desire not to offend anyone and grow a pair. Whoever is involved in these practices needs locking up and cultural beliefs should not be a consideration. It doesn’t matter. This is NOT acceptable in any country.

I found this article online today and it got me thinking. It’s about the daughter of a notorious serial killer and the question she’s always asked is ‘how could she not know?’. It is, I suppose, a fair question. How could she have grown up with a father who, over roughly twenty years, murdered ten people (that can be proved – may well be more), brought home ‘trophies’ and yet she had no idea. Is that really possible?

We tend to think of these killers as being distinctly odd, or obvious in their behaviours and I suspect that may well be that television and books have played a large part in this misconception. We all like a villain to look like a villain; it gives us an object to hate, to focus on and maybe on some level, helps us to think that we would have spotted them. We would have known them. We would have been able to tell and yet, how many times do we get friends and neighbours giving interviews saying, ‘he was a lovely man’, ‘a really good guy’, and ‘just can’t believe he’s done it.’

That’s because many serial killers live ‘ordinary’ suburban lives; hold down jobs, go to their kids’ PTA meetings, go shopping to ASDA on a Saturday, help the neighbours dig the garden over (probably experienced in that…) and a million other things that make sure they stay hidden in plain sight.

Have a little read of the article and let me know your thoughts.

Retired detective Paul Anthony kindly invited me to be interviewed for his blog and I was more than happy to oblige. Paul is an independent publisher who has written several books and screenplays and is a former winner of the Independent Authors Network Featured Author Contest. He was also a Featured Author at the ‘Books without Borders’ event in Yonkers, New York in 2012. A busy man!

We covered a range of subjects from my favourite authors to what I feel are some of the biggest challenges facing authors today. If you’re interested, you can find the interview here in all its glory.

If you get the opportunity, please swing by his site and have a look at his books and hopefully, you’ll find something that piques your interest.

My thanks to Paul for inviting me to be a guest on his blog.

Like Loading...
Just wanted to wish everyone a Happy New Year!!! Hope 2019 brings you everything you want for yourselves and your loved ones.
Looking back on 2018 I have to say, Wow! That was an interesting year! I went from nothing to having three books released in a six month period. The fourth one has been written and is (nearly) ready for submission. Made lots of new friends (mostly real) got to meet some fantastic authors and bloggers (you know who you are) and I want to thank you all for your love, help and support.
Thanks to everybody who’s dropped by on here and had a little read and thanks to those of you who dropped me a line to say ‘Hi’. I’m grateful to you all.
Oh, and I capped it all off with emergency root canal work today.😕
2019. Let’s ‘ave yer!